Employers engaging unemployed job seekers aged 40 or above to take up a full-time or part-time long-term job, assigning an experienced mentor and providing on-the-job-training, may apply for an on-the-job training allowance from the Labour Department. Below are two of the successful cases:

'I was over 60 years old when my former employing company shut down. I was mentally prepared that I might have to change working field or even retire.' Ms. LU had been engaged in clerical work for over 20 years. She re-entered the job market because her former employer ceased operation. Later she was hired as an Account Clerk by an advertising design company through the Labour Department. However, she encountered many difficulties at the beginning. 'I had never worked in the advertising industry before. Most of my colleagues are far younger than me, and they usually communicate by English emails. I couldn't even handle daily bookkeeping or file documents at first!' Luckily, with the help of friendly colleagues and valuable guidance from her mentor, it did not take long for Ms. LU to settle in her new position, and the employer even allowed her to send out internal emails in Chinese.

The employer appreciated Ms. LU's work attitude. Mr. PANG, the Director of the company, said: 'Although Ms. LU has reached retirement age and she is not familiar with the operation of advertising, she is still very energetic and willing to learn. She is a role model for younger colleagues.' He considered the training allowance offered by the Labour Department could provide extra resources for company to cope with the training expenditure of new staff, and the valuable experience of elderly and middle-aged persons were particularly useful in handling the changing environment of SMEs. With appropriate training, the elderly and middle-aged could also be successful in a new career. 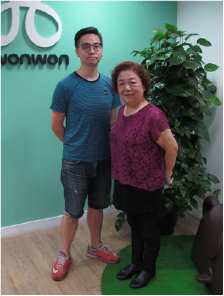 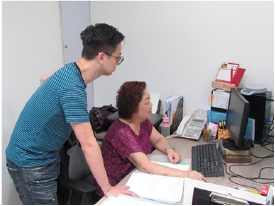 'I have been working in tourism for over 30 years, and I still enjoy being part of this industry.' In his 60s, Mr. NG had worried that it would be difficult for him to find a job again. Fortunately, he was employed as a Customer Service Representative by a ferry company through the Labour Department, and it helped him regain self-confidence. Mr. NG expressed 'Although most of my colleagues, including my supervisor, are much younger than me, they are very accommodating to older new recruits, and hence I was accepted by them quickly.' The employer also provided comprehensive on-the-job training on first aid, company operations, customer service and work skills, etc. It facilitated Mr. NG to get hold of the relevant professional knowledge and techniques for providing quality services to customers.

Mr. NG's positive work attitude was also acknowledged by his employer. Mr. HO, the General Manager of the company, said: 'Mr. NG is serious about his work. He always proactively introduces Hong Kong attractions to visitors. In fact, elderly and middle-aged persons possess many exemplary qualities, such as consistency, maturity and sense of responsibilities. They can also share their valuable experience with the younger generation.' Mr. HO opined that employing the elderly and middle-aged was a wise choice, 'Mature persons prefer stable employment, which help alleviate staff turnover and enhance team collaboration and sense of belonging.' 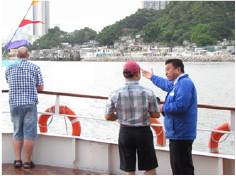 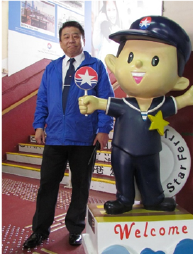